The Tarot is a philosophical system aimed at developing consciousness and finding balance. 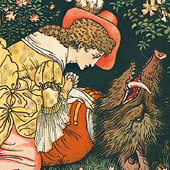 Discover the transformative power of archetypes. For centuries now, the intriguing images of the Tarot have formed an endless source of inspiration for thinkers, seekers, artists and philosophers in learning to look beyond the familiar and penetrate down to the deeper layers of existence. But also in our modern world, they form a practical and effective system for gaining greater insight into humans in general and ourselves in particular.

Archetypes, myths and symbols are deeply anchored in the roots of our collective history. (Mythical) stories and images are used to pass on knowledge and experience from time immemorial. These are condensed pieces of information that, if we give them our attention, can be rich sources of insight. Connecting with archetypes often feels deeply familiar, and opens up new ways of looking at the reality of everyday life. read more

The first descriptions of the Tarot in the form of a card game date back to the early 14th century. Recent anthropological research, however, shows that many of the themes, symbols and archetypes depicted on the cards are older than language itself. This gives us access to the condensed knowledge of centuries of human thinking and experiencing.

Philosopher of science Ervin László puts it like this: "We as individuals are not immortal, but our experience is. The traces of everything we have ever experienced persist, and they can be forever recalled."

In addition to individual coaching sessions, workshops and courses for private individuals ESSENCE >> coaching offers courses and team coaching for professionals (including leadership training). In these (group)sessions, research is done with the help of archetypes to reveal unseen aspects and possibilities and with a fresh look at things new perspectives will emerge.

you can find all private and professional services here >> 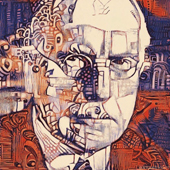 Swiss psychiatrist and psychologist Carl Gustav Jung (1875 - 1961) was a pioneer in the area of research into the unconscious and the founder of analytical psychology. He examined the dynamics of the human spirit in all its facets and, alongside a scientific approach, also employed philosophy, mythology, art, religion, and self-examination. Image: portrait of C.G. Jung by Barabeke. read more

Jung held that in addition to our own personal (un)consciousness, that develops through our own experience, we are also shaped for a large part by what he called 'the collective unconscious'. An area where humanity's unconscious universal patterns of thoughts and emotions are stored. In other words, whether we are conscious of it or not, we are all part of the collective and affected by it. He called the patterns he discovered in this field 'archetypes'. Archetypes are possibilities or tendencies we have for developing in a certain way. They express themselves in images and symbols that can also be found in dreams, fairy tales, and myths, and they are often described in world religions.

Jung considered an archetype to be a 'bridge' between the unconscious (and the collective unconscious) and the conscious mind. An aid in bringing the knowledge stored in our subconscious to the surface and integrating it into our consciousness. According to Jung, by studying archetypes we can get to know ourselves better because we recognize in them our own hopes, aspirations, and fears.

Neurological research has shown that our subconscious speaks the language of symbols and images - such as those in dreams - and does not read or recognize words.

Because our conscious mind recognizes both, a powerful symbiosis is formed between word (explanation) and image (archetype). In this way, the images of the Tarot can provide greater insight into the human experience at the material, emotional, intellectual, and spiritual levels, and form a navigation system for the road map of life. It is remarkable to see how, in this way, people are able to get in touch with what they already know deep inside.

On hearing the word Tarot, many people will think of a collection of cards that can be used as an oracle, but it contains so much more.

As an individual we are the ones who give shape to the principles of development we have received and the circumstances we are in. Therefore we are the co-creator of our future.

From this point of view the Tarot can show its deepest value as a philosophical system that offers a path for inner research and personal growth that is both mystical and practical.

Or, as Dutch esotericist Hans Wesseling puts it: "Card by card we penetrate into the essence of the symbolism, and come to understand that we ourselves are, and live, these symbols, and that what we experience as reality outside of ourselves is in fact a symbolic representation created by our own minds."